The Bateau Messenger is originally a radio controlled model of a small sailing vessel form the early 20th century.

While building the vessel heavy modifications to the body and sailplan were done. Also, as building material uncoated carbon aramid fiber was used giving the vessel a high tech look albeit with an old style design.

Originally the vessel was designed with a single mast, a rather large bowsprit and a huge sailing area. To reduce the scale effects the the rig was changed to a two mast rig yielding a reduced sail area and a lower centroid of gravity.

On deck all cabins and other openings were removed. Only mandatory options for maintenance and the installation of the RC stuff are present.

The hull was build using a positive negative process. The positive was build from balse with multiple coatings of filler, paint and finally wax. (Image Gallery)

The negative was build using carbon aramid fiber and epoxy resin. Due to the light and inexpensive build of the positive this model was destroyed upon demoulding. (Image Gallery)

After some final sanding, filling and waxing of the negative the final hull was created using carbon armaid fiber, again. With the first experiment using a sandwich construction with a 2mm sandwich core giving a rather heavy hull (800 g) the second approach is based on two layers of fiber and expoy only. With the deck glued into place this gives a satisfactory strength. (Image Gallery)

After deforming – the positive model was destroyed in this process – the deck, laminated as balsa carbin fibre sandwich, was glued into place. The keel was installed. (Image Gallery) 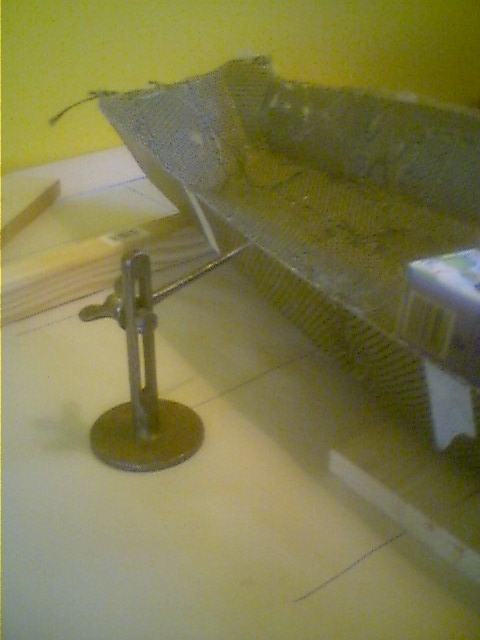